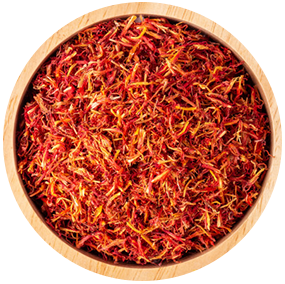 Ancient Persians cultivated Persian saffron by the 10th century BC, in Khorasan which is located in north-east of Iran. most of the world’s saffron will provide from Iran which is the world capital of saffron.

Saffron spice is a very precious spice rich of antioxidant with total housekeeping benefits that will give your body a total cleanse from head to toe. You will know the real essence and meaning of “wellness” and feeling good the moment saffron spice becomes a part of your everyday cooking.

Saffron, golden-colored which has a strong, exotic aroma and a bitter taste and is used to color and flavor many Mediterranean and Asian dishes, particularly rice and fish, and English, Scandinavian, and Balkan bread.

Saffron – Its Origin and History

Saffron is cultivated chiefly in Iran but is also grown in Spain, France, Italy, and parts of India. A pound (0.45 kilogram) of saffron represents 75,000 blossoms. Saffron contains 0.5 to 1 percent essential oil, the principal component of which is picrocrocin.

Iran is a nation that has been effective in creating and trading dried organic products.

Sepcotrading company is one of the best trading companies in Iran, providing you with the best quality saffron directly from farms of Khorasan province, Iran. You are welcomed to check our Saffron page. 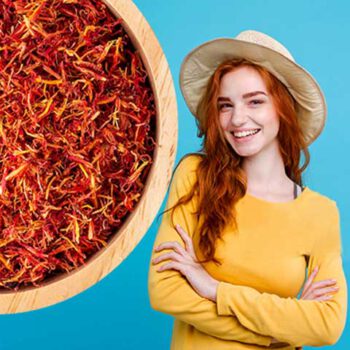 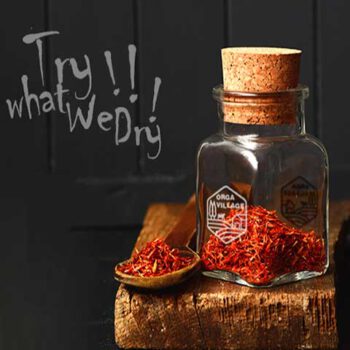 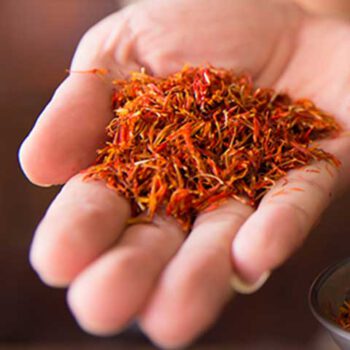 Cultivation of saffron is done on a recurring basis, and that after 7-9 years lapse, the land in question must be switched to another type of crop like grains for a period of 7 years so that the soil can replenish its lost nutrients.

The flowers of saffron are manually harvested in mid-fall. The harvest time depends on environmental and agricultural conditions and it also takes up to 20 days.

Flowers are hand-picked early in the morning, as the temperature is low and the saffron flowers are still shut, thereby decreasing the chances of mechanical damage stimulation and contamination at the harvest time. The gathering and transfer of the flowers are done in dry baskets made of either plastic or straw.

The transfer of saffron flowers is done in such a way that contamination or mechanical damage is prevented. Thus, over piling of flowers and putting too much pressure on them during the transfer and transport process is avoided.

Saffron is gathered in filaments and is stored within clean and dry containers. The later the separation of Safran’s filament from the flower, the higher the quality acquired.

How to identify high-quality saffron?

There are many people that have read about the amazing benefits of saffron and they want to give this incredible spice a try. Naturally, they are using the Internet to check out what is available. But, when they do this, they are stunned by the number of brands selling this spice online. What you should know is that pure saffron is the only form of saffron that can guarantee the numerous health benefits associated with this spice.

Here are the most reliable ways to identify high-quality saffron from low quality:

If you pop a tiny strand/thread in your mouth and if the saffron tastes sweet, it’s low-quality saffron. Real saffron will have a bitter taste.

The real saffron aroma is a blend of honey, hay and even it has a pungent smell this is due to high levels of Safranal and Picrocrocin in the Saffron. While low-quality saffron will have almost no aroma.

Original saffron doesn’t stick with one another but low-quality saffron sticks to one another.

Take a small amount of baking soda to a cup filled with water and mix it. Then add saffron to the mixture. If it is pure saffron, the mixture shall turn yellow. The low-quality saffron will turn dim red

Sepcotrading company exports the best kind of Iranian saffron besides Iranian dry fruits and nuts at the most affordable prices all around the world.

What are the Uses of Saffron?

Saffron is rich in Riboflavin and Vitamin B2. It is claimed to have the potential of having many health benefits.

During ancient times, royalty and wealthy women utilized saffron as a facemask in order to soothe rashes and remove acne and pimples. Saffron is also anti-allergic and is widely utilized in the cosmetic industry.

Saffron is an irreplaceable spice in both national and international dishes. Due to its superb coloring and flavoring properties, it is used both in Indian and sub-continent cuisine. In Middle Eastern countries, saffron is used in desserts, coffee, and rice. It is also used in vegetarian and non-vegetarian dishes, fish, ice creams, desserts, pasta, and rice dishes. You can also find a wide variety of saffron rice.

Owing to its medicinal properties as a natural cure against migraine and relaxant, saffron is used in the Middle East in preparing an oil-based perfume known as “Safran Attar”, which is a blend of sandalwood and saffron. The herb is also utilized as a major perfume ingredient in several popular internationally known brands.

Saffron is well appreciated as an exceptional gift item. It is commonly presented as a highly valuable gift item during special occasions such as Onam, Diwali, Eid, New Year, weddings, Christmas, weddings, engagements, birthdays, and other festive seasons.

What are the most common uses for saffron?

Saffron is especially good when used in cooking seafood dishes such as bouillabaisse and paella. It is also used in risotto and other rice dishes. Try adding some to your next beef stew or tomato-based sauce. To make a wonderful marinade for fish, add saffron threads, garlic, and thyme to vinegar.

What are the health benefits of saffron?

Saffron is a powerful spice high in antioxidants. It has been linked to health benefits, such as improved mood, libido, and sexual function, as well as reduced PMS symptoms and enhanced weight loss. Best of all, it’s generally safe for most people and easy to add to your diet.

Why saffron is so costly?

Saffron is one of the most precious spices in the world, retailing for more than $500 an ounce. It is so expensive because it is an extremely labor-intensive crop. Crocus sativa, or the saffron crocus, flowers in the fall. Each flower has three tiny, threadlike stigmas in the center.

Is Saffron good for eyesight?

Clinical studies have shown that it is anti-inflammatory and helpful for macular degeneration. I started taking saffron soon after diagnosis, and in six months my eyesight IMPROVED. It has been stable since.

Is Saffron difficult to grow?

Saffron crocuses are not a difficult crop to grow. They’re propagated from corms, a fleshy bulblike root that’s planted in summer for an autumn harvest. You need to have reasonably warm and dry summers and autumns, although a little rain is fine. The hard part is making a profit from the saffron you harvest.